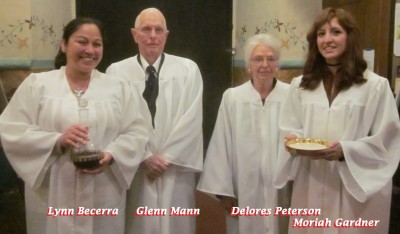 A Spiritual Journey of Faith
Those converting to Catholicism traditionally are baptized at the Easter Vigil service, which takes place on Holy Saturday (the day before Easter), starting sometime after sunset. Candidates undergo a process of study and preparation known as the Rite of Christian Initiation for Adults (R.C.I.A.). Their baptism parallels Christ's own Death and Resurrection, as they die to sin and rise to new life in the Kingdom of God.
To begin your RCIA journey, contact Sister Lucia Tu at 688-4815 Ext 17 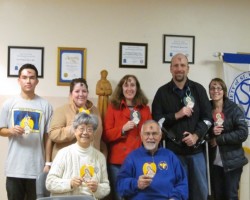 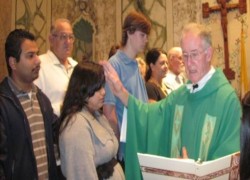 Adults who are interested in becoming Catholic and joining the Catholic Church enter a time of study and preparation known as RCIA (Rite of Christian Iniatiation for Adults). Inquirer or precatechumen is the name given to the unbaptized who are drawn to the Christian way of life or a person seeking basic information about Catholicism or Christianity. Inquirers may or may not eventually join the Church. Those inquirers who choose to go thru the preparation to become Catholics and join the Church are known as catechumens. Catechumens is a Greek word that means “one in whom word echoes”. It designates one who has celebrated the Rite of Acceptance and an unbaptized person who is preparing for full initiation at the Easter Vigil. Catechumens are adults who, after hearing the mystery of Christ proclaimed, are consciusly and freely seek the living God and enter the way of faith and conversion as the Holy Spirit opens their hearts.

The initiation of catechumens is a gradual process and a spiritual journey that takes place within a community of believers who take a "spiritual journey" with the catechumens.  With God’s help, they will be strengthened spiritually during their preparation and at the proper time will receive the sacraments fruitfully.

RCIA came about in 1965 when the Second Vatican Council or Vatican II prescribed that the catechumenate (the period of time and the structure within which the catechumens prepare for initiation) for adults be restored and divided into several steps that contained a period of well-suited instruction sanctified by liturgical rites to be celebrated at successive intervals of time. In 1972, the RCIA program (Rite of Christian Initiation of Adults) was established by Pope Paul VI. Subsequently it was adapted by the Conference of Bishops according to the needs of their region in conformity with the Roman Catholic ritual. 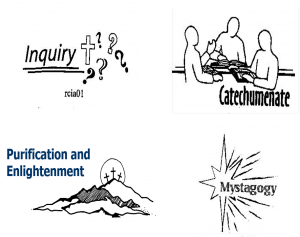 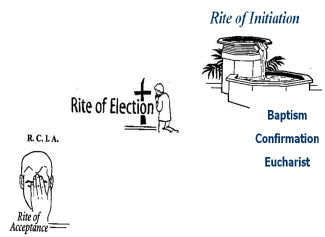 Continuous Periods
The Rite of Christian Initiation of Adults has continuous periods of Inquiry, purification and enlightenment.

Celebration of Liturgical Rites    Each period is marked by the celebration of liturgical rites or set structure of prayers, readings, songs, and symbolic actions that is celebrated during mass.

The Period of Evangelization is the Precatechumenate time of initial inquiry when the living God is proclaimed through Jesus Christ and the Gospel books of the Bible (Matthew, Mark, Luke and John) are studied. The Rite of Acceptance follows and marks the beginnings of spiritual life and initial conversion and fundamentals of Christian teaching take root. Through calling on God in prayer and experience of the Christian community the first stirrings of repentance are experienced and a strengthened relationship with God in Christ begins. A sponsor/godparent chosen by the candidate accompanies them on the RCIA spiritual journey and stands as a witness to the candidates’ moral character, faith and intention. They are a model and guide in practice of the Gospel. 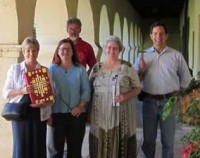 During certain masses, Catechumens are prayed over and sent to another location after homily to reflect on God’s Word as they await their baptism and when they will fully participate in the Liturgy of the Eucharist. Known as Dismissal, the Catechumens study and discuss the Gospel reading of the day with a leader trained in instruction of Catechumens.

After conversion of mind and action, sufficient acquaintance with Christian teaching and a spirit of faith and charity is cultivated, the Rite of Election is held usually on the first Sunday of Lent. The Rite of Election is a formal liturgical act of choosing those who have been called by God to celebrate the initiation sacraments and formally names those who will be baptized at the next Easter Vigil. The election is proclaimed by the Bishop of a diocese. The "election" of the Church is founded on the election by God. 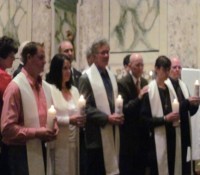 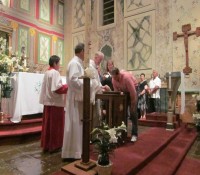 A period of Purificiation and Enlightenment begins with the Rite of Election and coincides with Lent. This is a time of more intense spiritual preparation and purifying the minds and hearts of the elect through Scrutinies and Presentations. Scrutinies are rituals for the elect that “are meant to uncover, then heal, all that is weak, defective, or sinful in the hearts of the elect” (RCIA 141). They are normally celebrated on the Third, Fourth, and Fifth Sundays of Lent.  Easter Vigil on Holy Saturday night is a Service of Light, Liturgy of the Word and Celebration of the Sacraments. 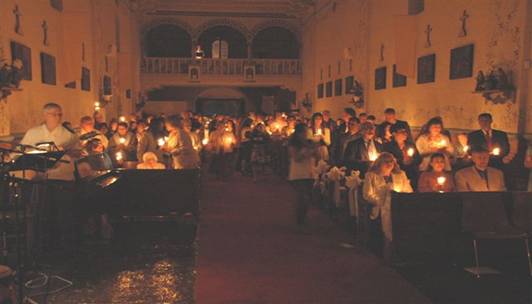 Easter is a day of celebration for all Christians because it represents the fulfillment of our faith. St. Paul wrote that, unless Christ rose from the dead, our faith is in vain (1 Corinthians 15:17). His resurection brings us new life in Christ. Through his death, Christ saved us from bondage to sin. He destroyed the hold that death has on all of us. But it is His Resurrection that gives us the promise of new life, both in this world and the next. That new life began on Easter Sunday.

In the "Our Father" prayer that Jesus taught us, we pray that "Thy Kingdom come, on earth as it is in Heaven." Christ told His disciples that some of them would not die until they saw the Kingdom of God "coming in power" (Mark 9:1). The early Christian Fathers saw Easter as the fulfillment of that promise. With the resurrection of Christ, God's Kingdom is established on earth, in the form of the Church.

That is why people who are converting to Catholicism traditionally are baptized at the Easter Vigil service, which takes place on Holy Saturday (the day before Easter), starting sometime after sunset. Candidates undergo a process of study and preparation known as the Rite of Christian Initiation for Adults (R.C.I.A.). Their baptism parallels Christ's own Death and Resurrection, as they die to sin and rise to new life in the Kingdom of God.