The ministry of Altar Servers or Acolytes is an opportunity for any teen or young adult who Altar servers has received first confession and Holy Communion. The requirement is that he/she must be baptized & have received his/her First Communion, is a Catholic in good standing and attends mass regularly. Altar Servers live their faith and serve the parish community by assisting the priest and/or deacon at Mass, benedictions, stations of the cross, and other rites of the Church.

The primary role of the Altar Server is to assist the priest in the celebration of the liturgy during Mass. This is done through specific actions and by setting an example to the congregation by active participation in the liturgy (hymns, responses, etc.), by looking and being alert including sitting, standing or kneeling at the appropriate times during Mass.

Altar Servers serve God and the parish as they:

Altar servers are attentive and sensitive to the presence of God during the Mass and afterwards. God calls Altar Servers to respond to his great love and mercy with a sense of reverence, wonderment and gratefulness. Altar Servers help each other remember to show reverence to God at all times, but most especially when they are serving. 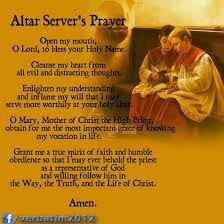 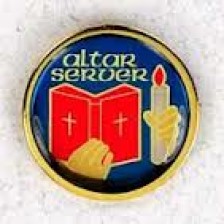 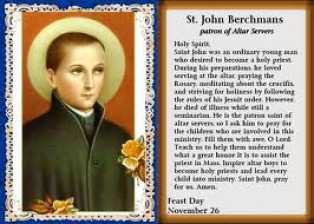