Joseph Chapman and the Pirates

Mission Santa Inés is closely linked to the adventurous life of Joseph Chapman, one of the earliest American settlers in California. 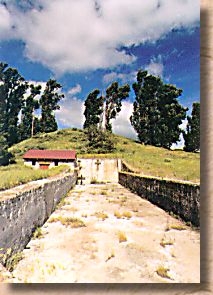 Alleged to originally have come from Boston, Massachusetts, Chapman sailed to Hawaii where he became an unwilling crew member aboard a ship captained by the Argentine privateer Hippolyte de Bouchard. Bouchard raided the Spanish settlements along the California coast as far north as Monterey. In 1818, Chapman was captured during a raid of the Ortega Ranch in Refugio Canyon. The Bostonian told a story of being captured and forced into labor aboard the ship. In an interview with Fr. Uria, Chapman claimed to know how to build a fulling mill. In 1820, Chapman was paroled to the supervision of Fr. Uria at Mission Santa Inés.

The fulling mill was built in 1821 about 1 mile from the Mission quadrangle next to the grinding mill.

In June 1822 Chapman was baptized Juan José Chapman at Mission San Buenaventura in Ventura, and in November he married Maria Guadalupe Ortega. The couple moved to Los Angeles where Chapman planted vineyards. Later he built the first ship in southern California. He retired to his land grant - Rancho San Pedro. He is buried in Mission Santa Barbara cemetery.