Our Lady of Guadalupe Story 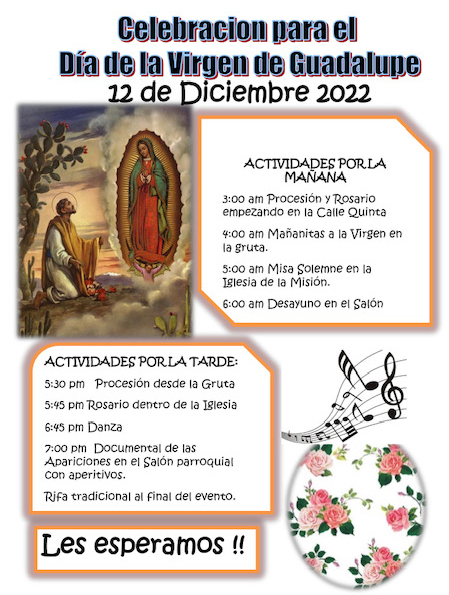 The Blessed Virgin Mary revealed herself to St. Juan Diego in the 16th century near Mexico City in Mexico, and this apparition became known as Our Lady of Guadalupe.

Juan Diego saw an apparition of the Blessed Virgin on the Hill of Tepeyac on December 9, 1531, the feast day of the Immaculate Conception in the Spanish Empire during that time. After a request to prove her identity, Our Lady asked Juan Diego to gather roses (which were neither native to the area or in season) that were growing on the hill and take them to the archbishop.

Juan Diego did so and placed the roses in his tilma (or cloak). Upon opening the tilma to reveal the miraculous roses to the archbishop, instead there was something even more miraculous present in the tilma--an image of the Blessed Virgin Mary.

In the image Our Lady wears traditional Aztec garments of royalty and a black sash around her waist, which indicated pregnancy in the Aztec culture to which she was revealed. A mass conversion of millions of Aztecs to the Christian faith soon followed, ending the human sacrifices, especially child sacrifices, that they practiced.

A church was built on the Hill of Tepeyac to mark the apparition site and today it is one of the most famous Catholic pilgrimage sites in the world. In this cathedral on display is the original tilma of Juan Diego that still displays the miraculous Our Lady of Guadalupe image. The image has been subjected to scientific testing to prove its miraculous authenticity.

Our Lady of Guadalupe is the patron saint of the Americas, and also patroness of unborn children. The feast day of Our Lady of Guadalupe is December 12. At Old Mission Santa Inés, the celebration includes a procession through the city of Solvang, a celebration in song during mañanitas, mass and a breakfast in the morning and a children's procession and mass in the evening. 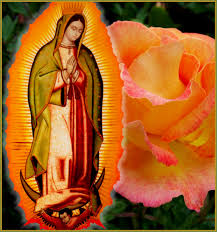